I have spent the last five months in Oceania, and in that time have had some memorable interactions with some pretty cool creatures big and small, furry and feathered, majestic and annoying beyond belief. Here are just a few of those memories:

A Hungry Tiger at the Auckland Zoo

As a part of my Study Abroad program, we got an opportunity to volunteer at the Auckland Zoo. It wasn’t until the day before that we actually were given our assignment, which was to winterize the tiger enclosure for half a day. These tasks included weeding, raking up leaves and old mulch, loading it out, loading new mulch in, and generally making it all nice and cozy for the three tigers of the Zoo.

It was intense work, and between the seven of us, we all worked our hardest to get it all done. Afterwards, we were rewarded by getting to get up close and personal with one of the tigers. This big fella was very fond of milk, so much so that he made it very clear to us with a rather grumpy roar when his supply had been depleted after our photo op. It was clear that he would have liked any one of us as a snack to accompany his milk, so we made sure to keep our distance.

I honestly have no desire to ever be that close to a tiger ever again, because I’m certain I’ll find a way to mess up somehow and then quickly find myself tiger chow. Regardless, it was an amazing experience!

I’m not overly too fond of birds. I don’t trust their flappy wings, pointy beaks, and shifty eyes. However, I have discovered that I love love LOVE Kiwi birds!

The Kiwi bird is the national bird of New Zealand. It’s also an endangered species, with only a little over 60,000 left as a result of the introduction of non-native pests like stoats and cats. I had the opportunity to see a Kiwi bird feeding at the Auckland Zoo, which I was nearly giddy over, and then again at the Kiwi Birdlife Sanctuary in Queenstown. They are nocturnal creatures, so every Kiwi house replicates artificial night so that parkgoers can see these delightful little creatures.

Honestly, I think I found my favorite animal. They are far larger than I ever anticipated, and move incredibly quickly. They’re flightless, wingless, bumbling, delightfully awkward, and incredibly soft.

However, as I mentioned, these sweet little birds’ population is quickly dissipating. If you care about them even half as much as I do, here is a means by which you can donate to help save their species!

Do I even have to go into this? It’s coffee. It’s cats. It’s the two best things on this planet in a single setting. End of story! 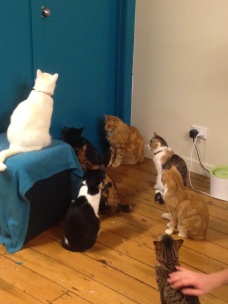 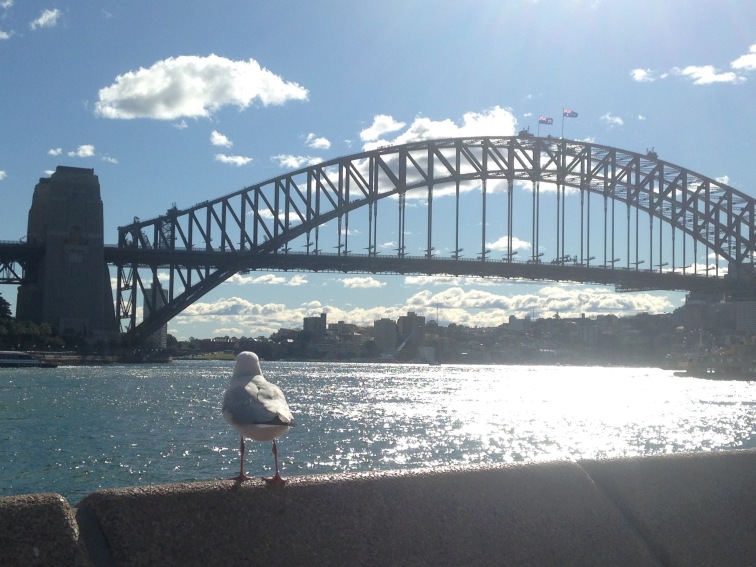 Let me tell you a story of woe, friends. I arrived in Sydney, Australia, and immediately wanted to check out the biggest tourist site, the Sydney Opera House!  It was recommended to me by a friend that I acquire a snack from the Opera Kitchen, located on a deck below that of the main entrance to the theatre. So I did, getting some tea and a basket of fries in a covered takeaway bin. I saw heaps of seagulls patrolling the area, so I decided to keep the cover on, sneaking my hand inside each time I wanted a fry, then pulling each one out individually to eat it.

This worked…until it all went horribly wrong. Out of nowhere, suddenly my view of the Harbour Bridge was taken over by a flash of white and an unmistakeable poke of a beak right into my right index finger that I can still recall even as I type this all out. I knew from the sound of the flapping over my right shoulder that one of these be-winged demons of the sky had dive-bombed me to steal my fry from my hand in midair. Flustered, I threw the fry, which landed on the ground at my feet to my right. This incited Seagull Civil War, attracting about two dozen birds seemingly out of thin air, who were screaming and flapping and encircling me. All I could do was scream and flail wildly in the midst of the chaos.

So lesson learned: Don’t eat food by a popular tourist destination, especially when Sky Demons are present. You will be attacked. 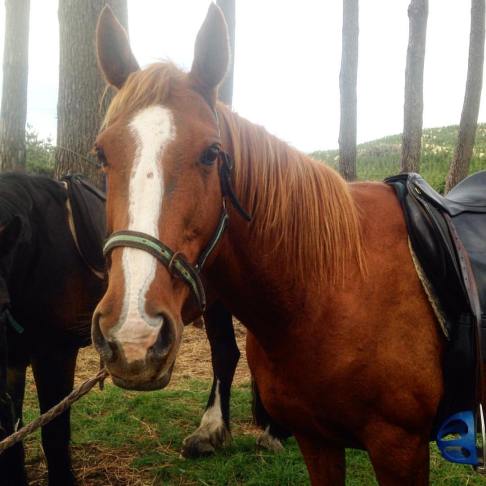 I had the distinct privilege of meeting Grace, a horse I rode along Muriwai Beach. Grace was bestowed upon me by the riding company me and my group had employed, but I didn’t realize that she was perhaps the saltiest horse I have ever encountered (and that’s saying something, as this is coming from someone who grew with the five Desperate HouseHorses of Nevada).

Grace needed to be right behind the horse of the riding leader. Grace tried to bite me several times, would intentionally position her body so my head would drag through branches and brambles, would kick and splash water all over me any time we crossed a stream, and took off several time with me atop her.

…Grace might very well be a sociopath. She is my equine arch-nemesis. We’ll meet again, Grace. This I vow…

Despite some of my less-elegant encounters with certain animals, there was one experience that I will never forget. I entered the Waitomo Glow Worm Caves with absolutely no expectations, other than it had been listed as one of the most beautiful places on Earth. This was absolutely the truth. As a part of the tour, my group and I climbed into a hand-pulled rowboat and were pulled along a river beneath these incredible creatures, whose bioluminescence lit up the cave ceiling like a night sky. Pictures weren’t allowed in this part of the cave, but it wouldn’t matter anyway, for no camera I had would have been able to pick up the stunning light these glow worms produced.

The caves as a whole were absolutely incredible, and inspired my creativity in such a way that I will never forget the time I spent exploring them!

There you have it: Bugs, birds, and mammals both big and small! Wildlife is an incredibly important part of the culture in this area of the world, inspiring research, protection, and conservation. The experience with animals both wild and domestic has given me a bigger appreciation for other species.

…except you, seagulls. Your actions mean war.